Windows Glulxe is an interpreter for text adventures in the Glulx format. which is a format designed by Andrew Plotkin to move beyond the Z-code format supported by Windows Frotz. Glulx removes all the size limitations of Z-code, and has a more powerful input and output model, supporting graphics and sounds in various formats. Like Z-code, the standard way of writing a Glulx adventure game is with Graham Nelson's Inform compiler.

The current version, Windows Glulxe 0.5.4.150, can be downloaded from the IF-Archive, as can quite a few games. (Also available are just the Windows Glulxe files without the installer, and also the source code.) For ratings and descriptions of games you can play, search for Glulx games at IFDB.

Here are two screenshots of the interpreter in action: first Emily Short's Counterfeit Monkey, and then Adam Cadre's Narcolepsy. 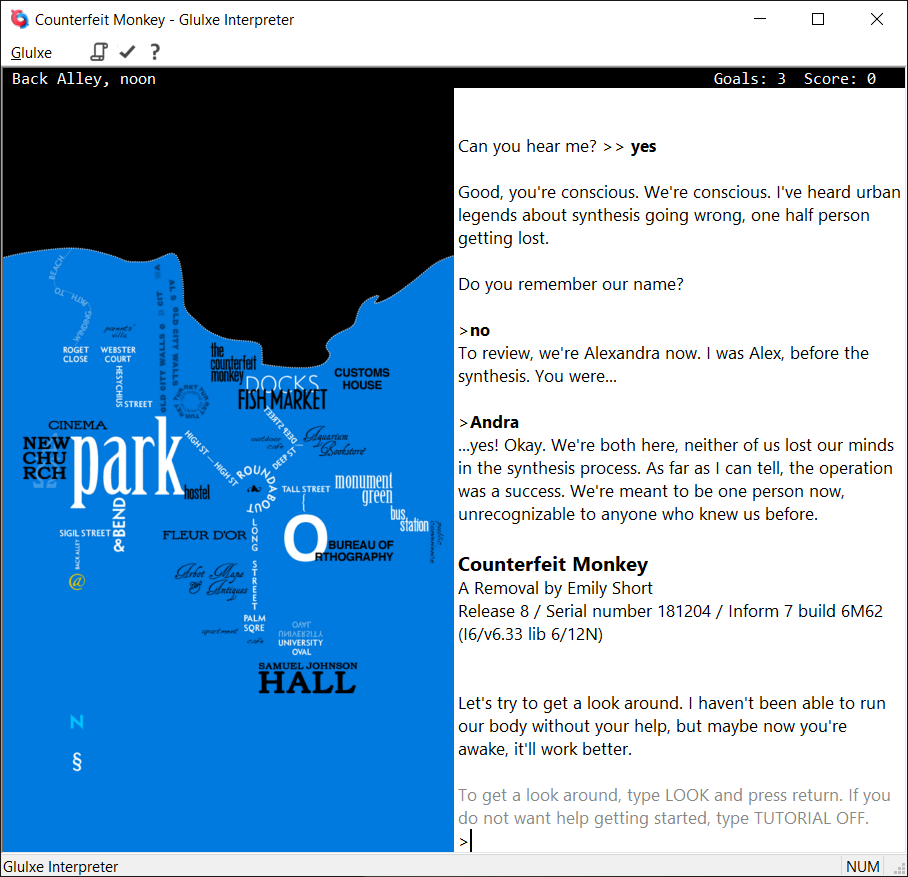 Also available is a Windows port of a newer, faster Glulx interpreter, called Git. This uses the same Windows I/O layer as Windows Glulxe, so it looks the same, but it plays games up to five times faster. The current version, Windows Git 1.3.5, can be downloaded from the IF-Archive.

If you're of a programming inclination, you may also be interested in the I/O layer of Windows Glulxe, called Windows Glk. This is an implementation of Andrew's Glk specification, which is an attempt to define a library interface that can be used for any text adventure style program. Windows Glk is available from the IF-Archive in the programming/glk/implementations directory.