Magnetic is an interpreter for the games written between 1985 and 1991 by Magnetic Scrolls, a text adventure producer based in London, England. Although they only produced seven games they have acquired legendary status for text adventures of as good quality as Infocom accompanied by exceptional graphics.

The Magnetic interpreter was written by Niclas Karlsson, with additional code by myself, Stefan Meier and Paul David Doherty.

The current version, Windows Magnetic 2.3 Release 15, can be downloaded from the IF-Archive, as can the source code and ports to systems other than Windows, in the Magnetic interpreter section. Extracting the game data from the original releases can be a complex process; for more information see the Magnetic page at Stefan's Magnetic Scrolls Memorial web site.

Here are two screenshots of the interpreter in action: first The Pawn, and then The Guild of Thieves. 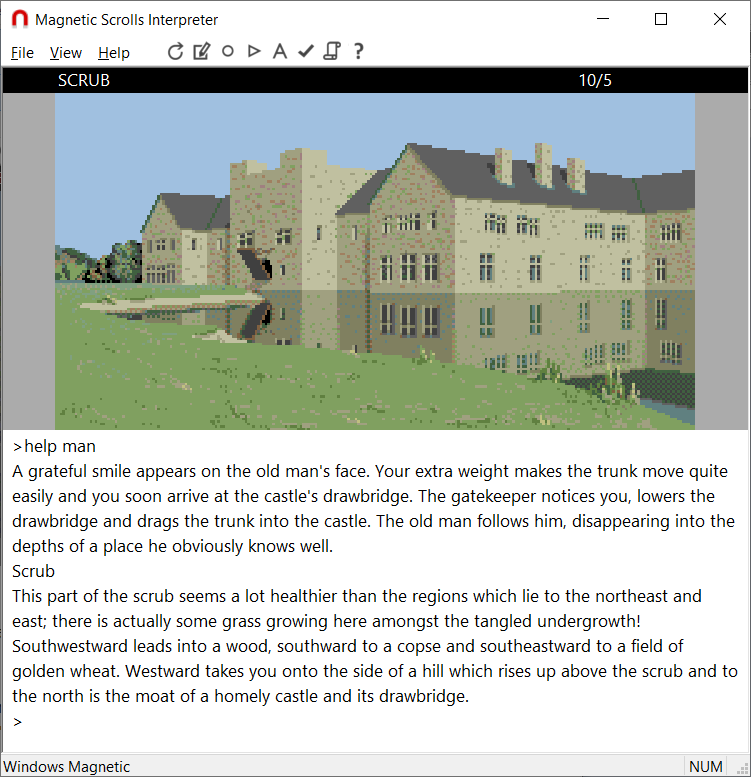