Omega is a game written by Laurence Brothers in the late 1980s for Unix workstations. It derives principally from the tradition of earlier games such as Rogue and Hack, where the player explores a labyrinth of dungeons and monsters through the medium of an ASCII map display.

Omega is interesting as it was one of the first such games to show the influence of more story and quest led games, particularly the Ultima series that were released commercially by Origin Systems for various micros during the 1980s. Rather than simply wandering round a dungeon, in Omega the player has various paths open to them to appease the gods of Omega's world.

I've taken Omega 0.80.2 and built it as a "proper" Windows application (rather than the console mode builds that have been available before). This version can also optionally show the area around the player using graphics, rather than the usual ASCII characters. The graphics come from David Gervais' tiles, drawn originally for the game Angband.

Available for download is the archive containing the Windows executable, and the complete source code. Here is a screenshot of the game being played: 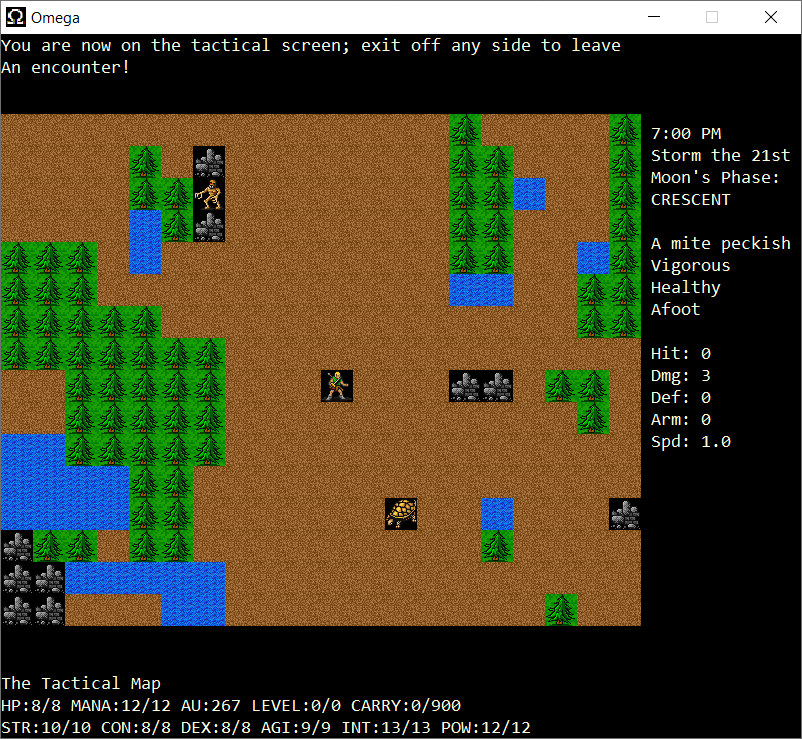