Xlife is a clever implementation of John Conway's 'life' cellular automata, originally written for Unix workstations back in the mid 1980s by Jon Bennett. It was one of the first implementations to try something other than a naive approach, which results in it being able to handle huge patterns on relatively modest computers, such as Bill Gosper's famous breeder pattern, which grows without limit.

Here you can download my port of Xlife 3.5 to Windows. This is a basic port, using a simple, custom X11 library to provide a user interface identical to the Unix original. Source code is also available, and here is a screenshot of Xlife 3.5 in action: 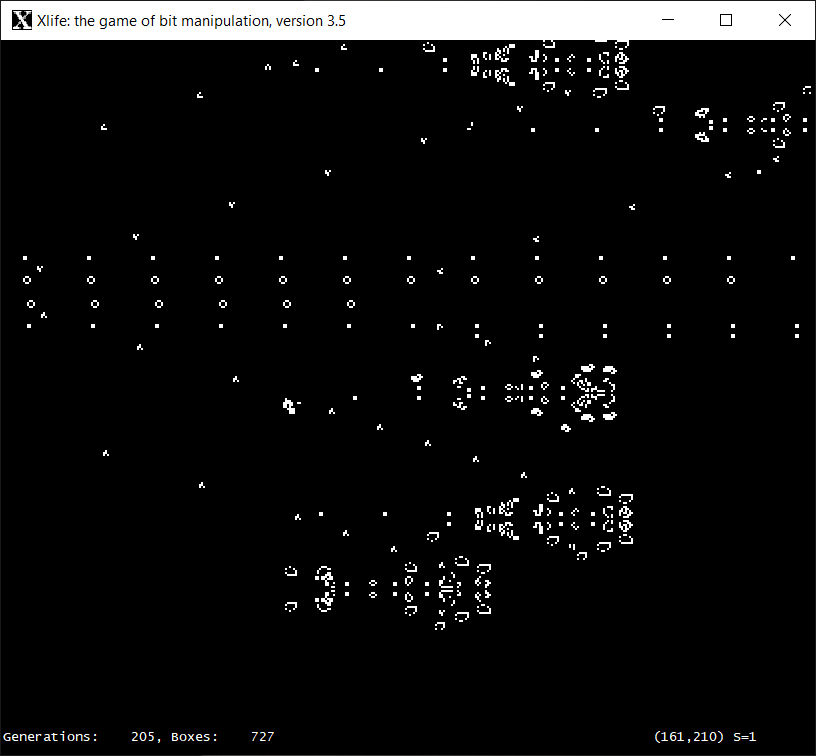 Xlife 3.5 was written by Achim Flammenkamp, based on Paul Callahan's Xlife 3.0, which was in turn derived from Jon Bennett's Xlife 2.0. Xlife 3.5 is greatly superior to the more widely available Xlife 5.0, which is based on a different set of sources, and contains many bugs.

Since I have been asked about it, also here is W-Life, Glen Summers old port of Xlife 2.0 to Windows.